The real estate sector is one of the most glowing and globally recognized sectors of the Indian economy. After agriculture real estate is the second-largest employment generation sector in India and it contributes around 9% of the total GDP.

Despite the fact that currently the situation of the sector is not so good but it still shows an increasing trend in terms of growth rate. The reasons for such a trend are the consistently increasing population thereby increasing the demands of housing and also it is a good investment avenue.

The real estate sector of India has gone through various phases of growth. During 2005-06 with the increase in urbanization, higher purchasing power, increasing population there was a huge demand for housing in India along with supply. There were many initiatives taken by the government during this phase such as 100% FDI in the real estate sector along with many foreign investments which in turn increased the lending power of financing companies. With the passage of time, there was a time where a mismatch between demand and supply occurred. The reasons being the consistently increasing population thereby increased the demand after that a phase of the recession took place and it turned the history of real estate.

Presently there is a slowdown in the growth of the rate of real estate due to many reasons such as a decline in disposable income, an increase in interest rate, a fall in confidence and expectation of buyers, a high rate of migration, high bank lending rate, etc. These factors created a huge gap between demand and supply in real estate. Both buyers and suppliers are facing problems at their ends.

Buyers are losing confidence in buying a property since there are any delays in project delivery. Projects are not completed on time; affordability is low due to an increase in the interest rate and expensive home loans. Along with this, there are many transparency issues that occurred with the developers.  Buyers are confused about whether to invest in commercial or residential. Customers are more comfortable in investing in commercial properties because they can expect a handsome return on investments than residential considering the fact that investment in commercial space is much hassled than residential since it involves many legal aspects. Customers are willing to buy the property but somewhere the trust factor is hampering the transactions. There is a huge decline in the real estate market of Delhi-NCR.

The new launches in the NCR region also dropped by a staggering 41% as all the major developers focus on finishing existing projects, the report said. Developers are more attracted to Tier2 and Tier 3 cities and also because of the failure of many established developers. On a pan India basis, Bengaluru residential market grew as sales rose 18% and weighted average prices inched up by 3%.On the other hand, developers are facing many problems such as funding issues and much of the construction activity was finance with customer advances.  According to the prevailing situation, no bank and financial institutions are ready to lend the funds for the projects since they are also facing a huge number of Non Performing Assets in the real estate market. This funding issue led to the incompletion and delay in projects. Also, the investment level has also declined in the real estate market. Nowadays the customers are ready to take a property on rent rather than purchasing their own property in order to avoid the risk factor because investing in properties will not give them the expected return.  Also, there are many ready to move properties are available for sale but still, no one wants to buy them because of the location of the project or targeted customers. This is one of the major reasons for the delay in the project because when one is going to buy a property then there are many factors a buyer considers so it’s very important for developers to match with the need of customers. Developers must be catering to the fact of the needs of young people and aging people. Along with this, it’s important for developers to concentrate on the sale of existing units rather than developing new units. 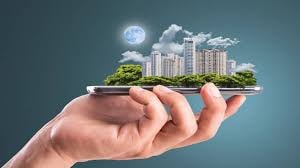 To overcome all the problems and to increase the confidence among buyers government took the initiative RERA Act 2016. RERA is expected to determine the future of India’s real estate. It is introduced to increase the transparency level into real estate projects. RERA promises to minimize delays in projects, need out unscrupulous developers, and provide home buyers with detailed information on the specifications of the project.

The Indian government aims to create a more equitable and fair transaction between buyers and sellers of properties. Along with this, a Benami transaction act in real estate was introduced to stop the illegal transactions in real estate. Adhar Linkage was compulsory for all property transactions in order to curb malpractices and inflow of black money. The economic scenario got to slow down to change the climate of real estate and it compelled developers to focus more on affordable housing. The concept of ‘housing for all’ was introduced by the government of India in the 12th five-year plan when the shortage of housing was estimated at 19 million units. It gave so much relaxation to developers such as a 1% subsidy on loans up to 1.5 million for home purchases, a 100% reduction in capital expenditure for development of affordable housing development. PPP model is also one of the attractive prospects in the Indian housing market. It is basically a collaboration between the public and private sectors to create a huge pool of resources.

To boost the growth of real estate the sector should be declared as a separate entity since currently, it comes under infrastructure. There should be more government initiatives that should be taken to increase the confidence among buyers. To increase customer confidence it’s very important for developers to complete the projects on time and there should be more focus on existing units. More regulations should be introduced to remove the malpractices and unwanted activities. There is a huge potential in Indian real estate what needed is more resources and government support.